About Scozzese (or tartan) bottle with stopper by Ercole

In 1969, the year when anything seems possible, Christian Dior commissioned Ercole Barovier to develop, design and produce a series of bottles with stopper. This series is inspired by Scottish weaves and was made by Barovier for distribution exclusively by Maison Christian Dior in Paris and at all of its branches. The bottle is obtained by fusing polychrome glass canes arranged in Scottish patterns. Several color variations existed, generally in blue, green, red tones in a mass of clear glass. In the case of this bottle, the beautifully deep red color is very present. The upper part and the stopper are also red in color. Each stopper was tailored and blown to fit the neck of the bottle perfectly. This example was probably produced between 1969 and 1975. The collaboration between the two houses dates from 1969. 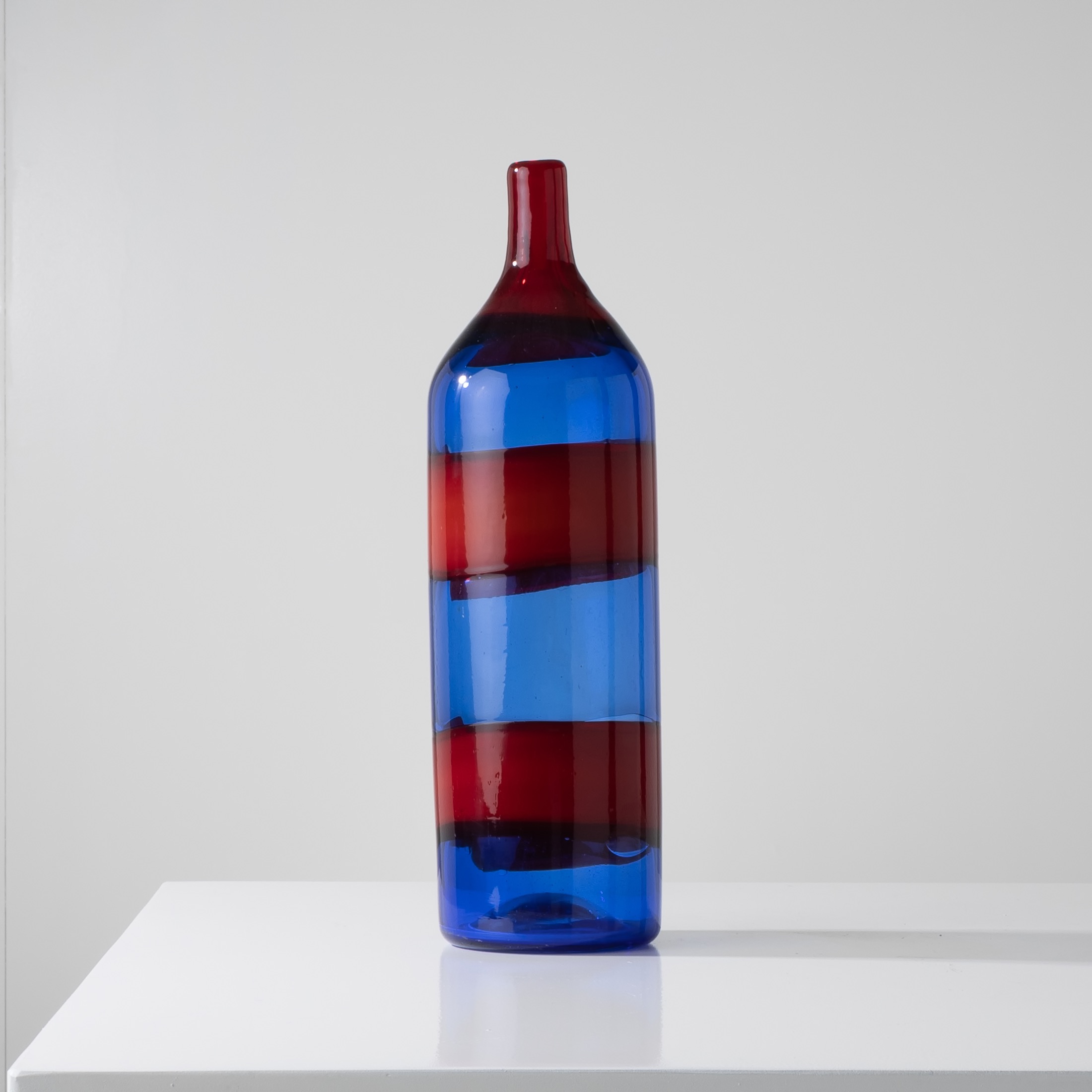 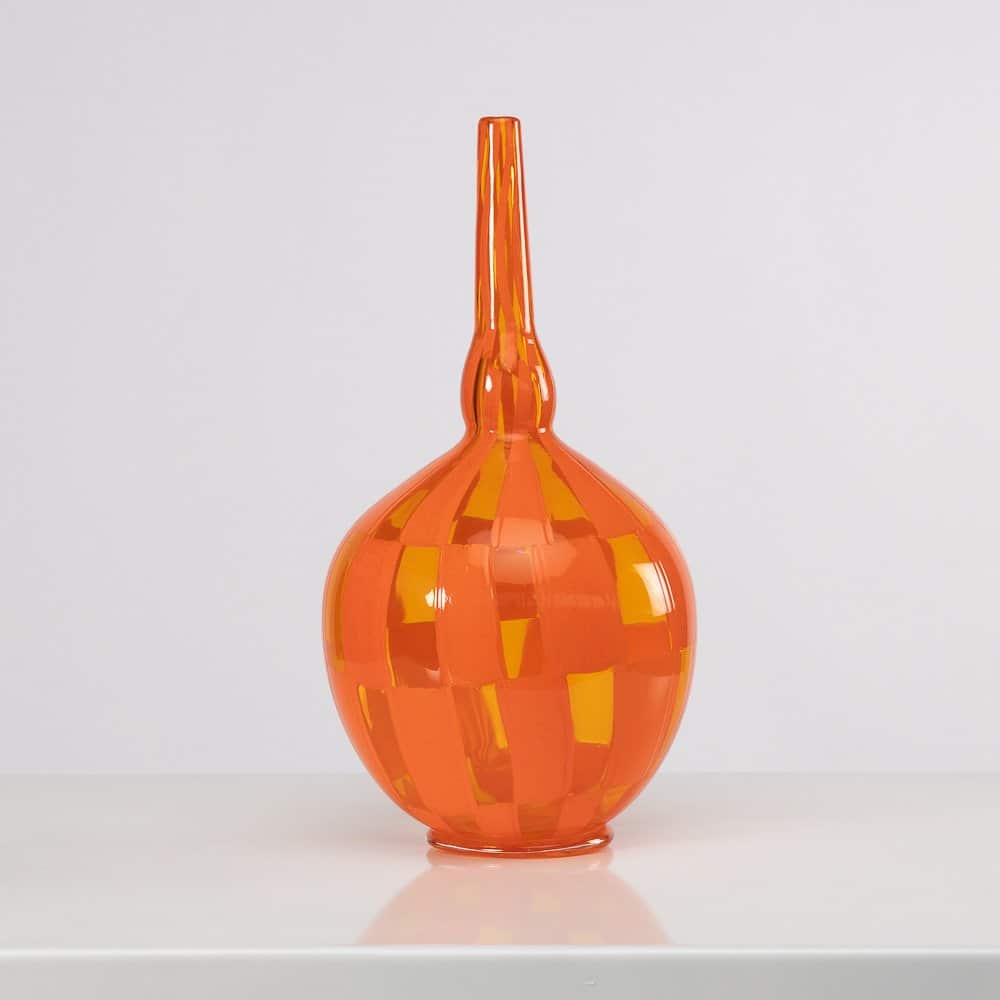 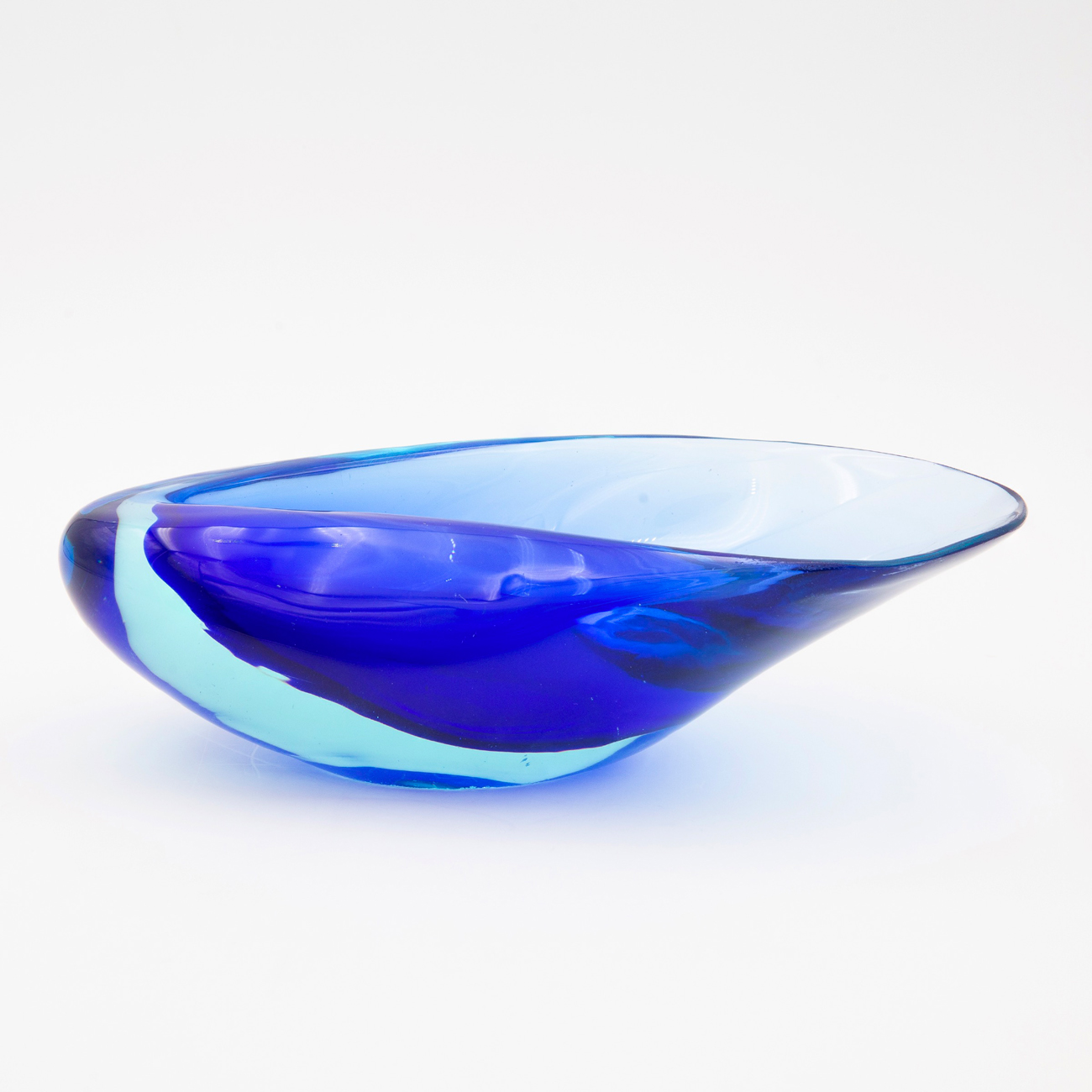