How to identify Venini items

This page will help you identify the different signatures used by Venini since 1925. Please keep in mind that some Venini pieces may not be signed.
Our opinion is that the fact that a piece is not signed is not a guarantee of poor quality or “second choice”.

Since its creation in 1925, Venini has used various types of signatures that were either applied with a buffer and acid powder, or engraved with a diamond tip. 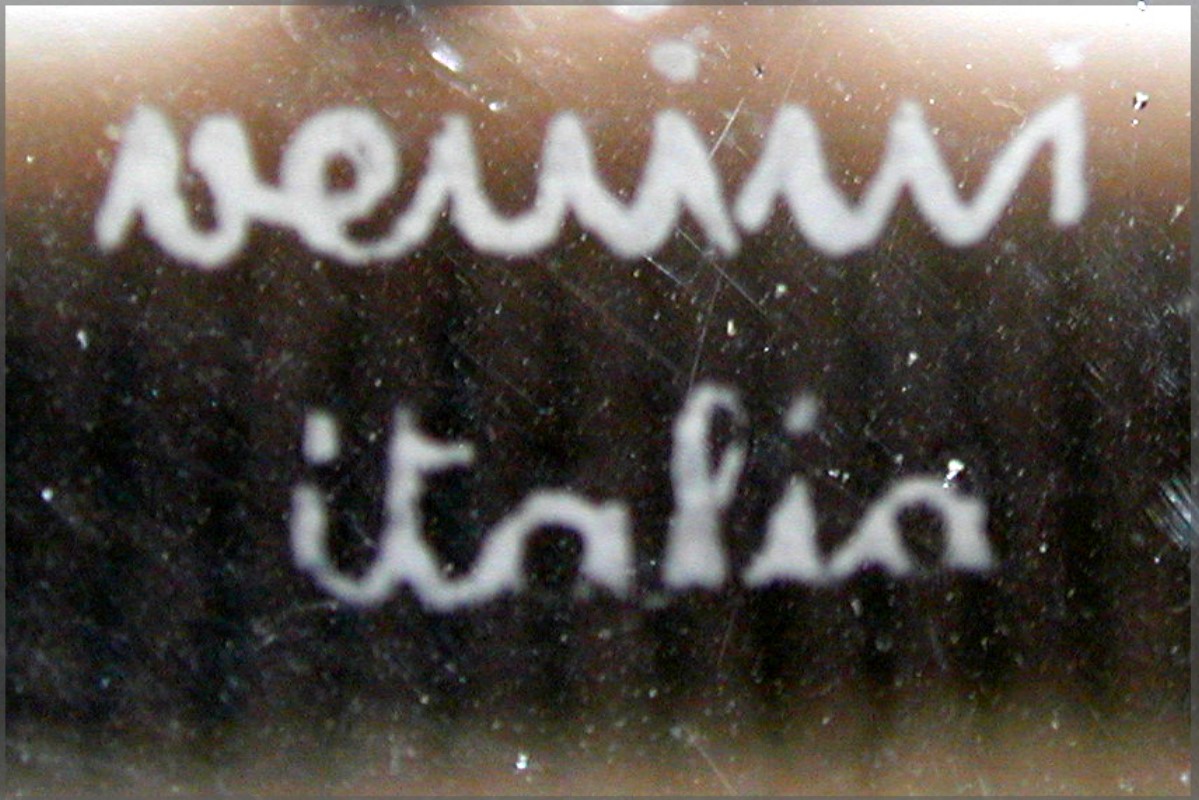 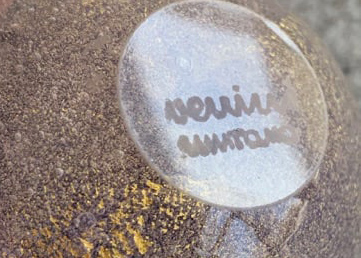 Another signature that could be find is a two lines « venini murano » acid stamp. This signature is in used from 1930 to the beginning of the fifties. 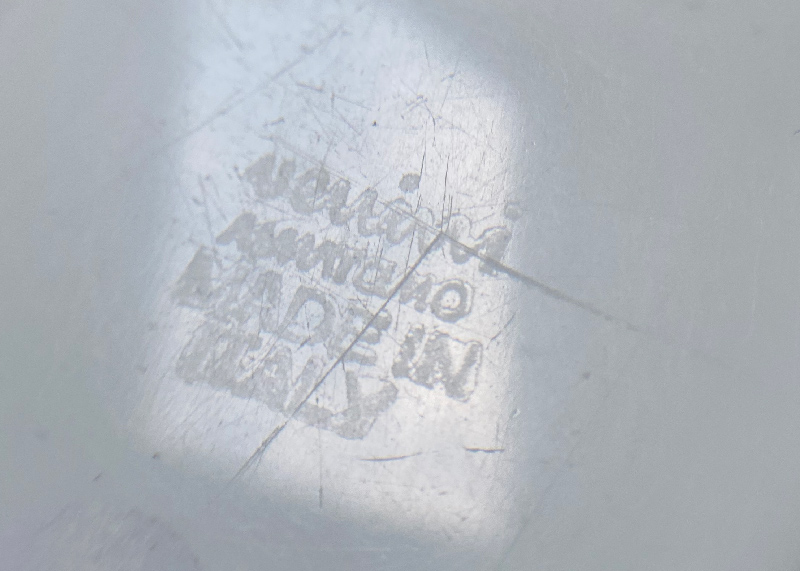 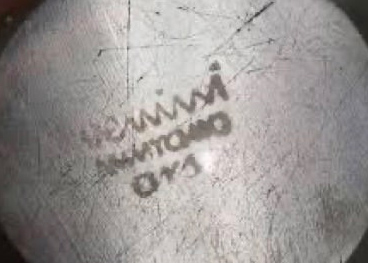 From the late thirties to the closing of the factory for the war period, another acid stamp was added, it has 3 lines « venini murano ars » 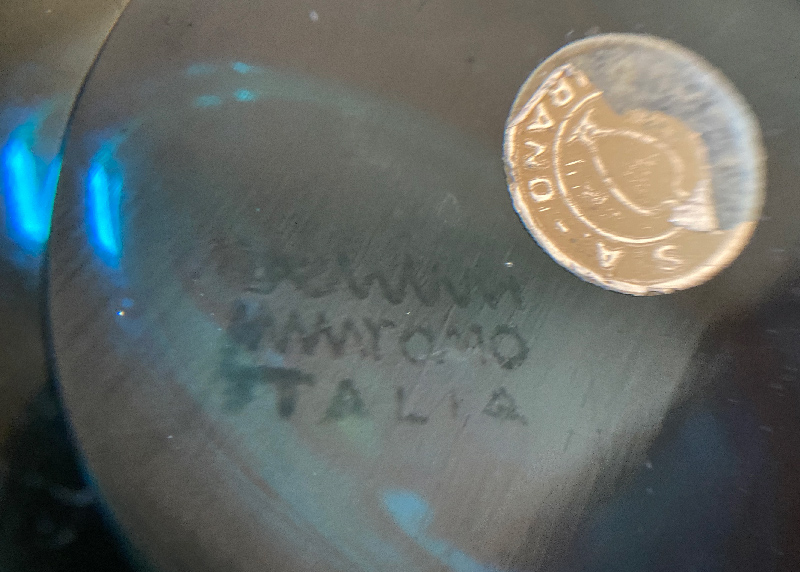 The most common signature found on mid-century pieces is also the most “known” signature – the 3-lines acid signature « venini murano italia » .
This signature has been in use by the factory from 1946 to 1965-1966 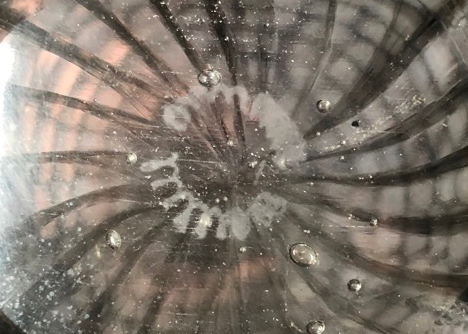 Two other acid markings can be found on mid-century items.
The « round » stamps. These stamps were used from the mid to the late fifties. This « round » stamp was used in addition of the « 3 lines stamp ».
First One : « round » « venini murano » 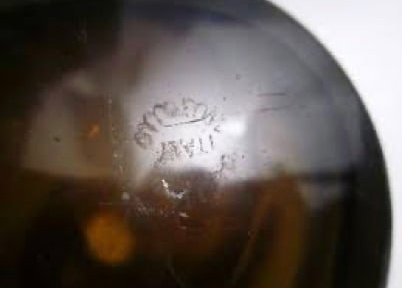 This second « round » stamp was also used from the mid to the late fifties. These « round » stamps were used in addition of the « 3 lines stamp ».
Second one : « round » « venini murano ITALY » 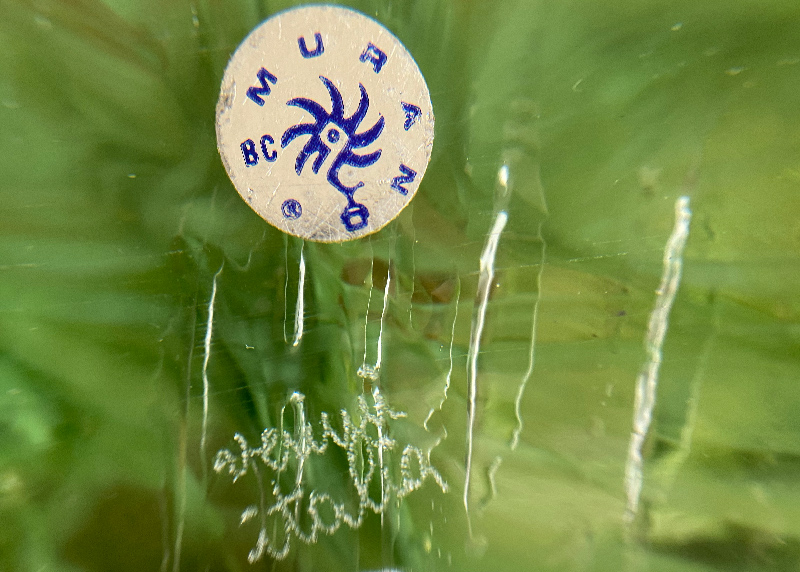 Around 1966, the factory stopped using acid stamps and replace by signature with diamond point. 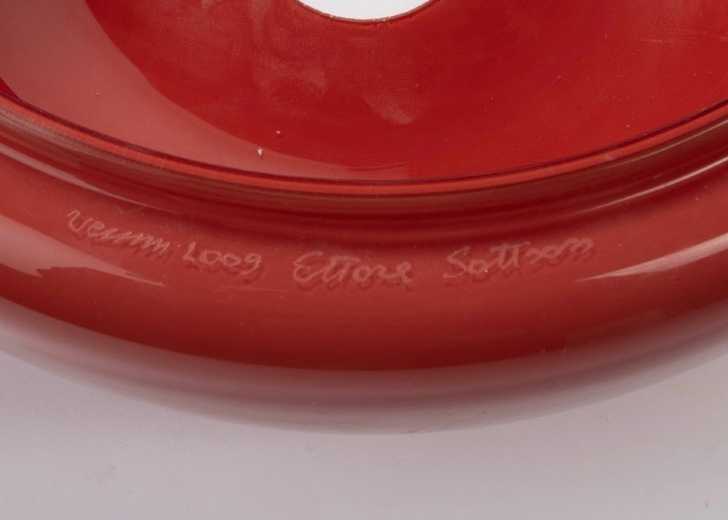 After 1970, the « two lines » signature is replaced by a « one line » engraved signature. After 1975 Venini decided to date the pieces. (year of production, not year of design).

Sometimes you can find the name of the designer. For example « tw » for Tapio Wirkkala, « E. Sottsass » for Ettore Sottsass, « A. Mendini » for Alessandro Mendi 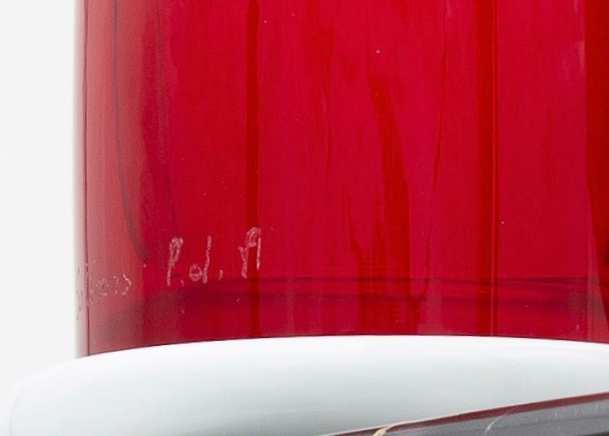 Some pieces are also marked “prototipo” or “P d’A” which means artist proof in Italian.
In this case, these are pieces produced outside of limited editions that present variations in shape or color. 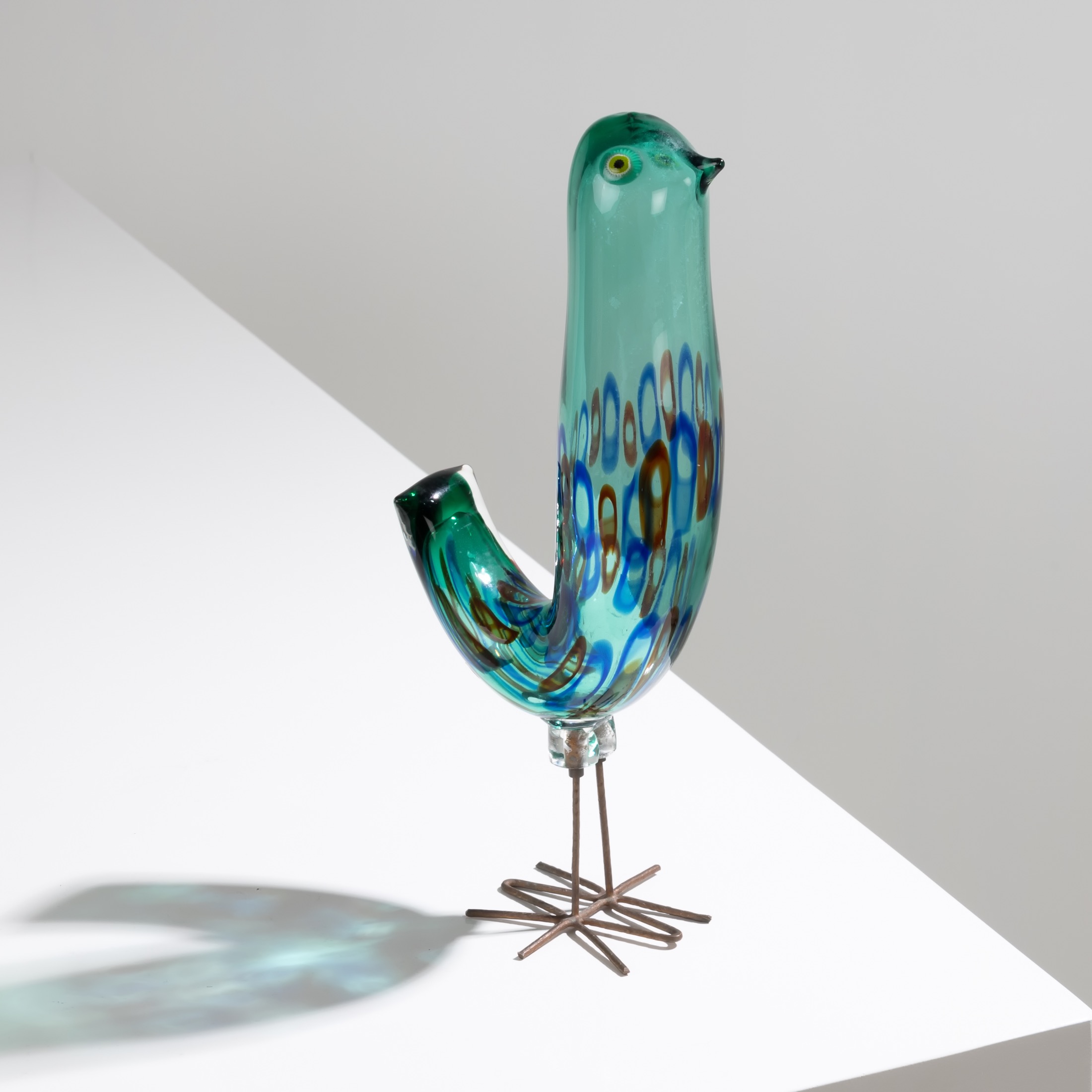 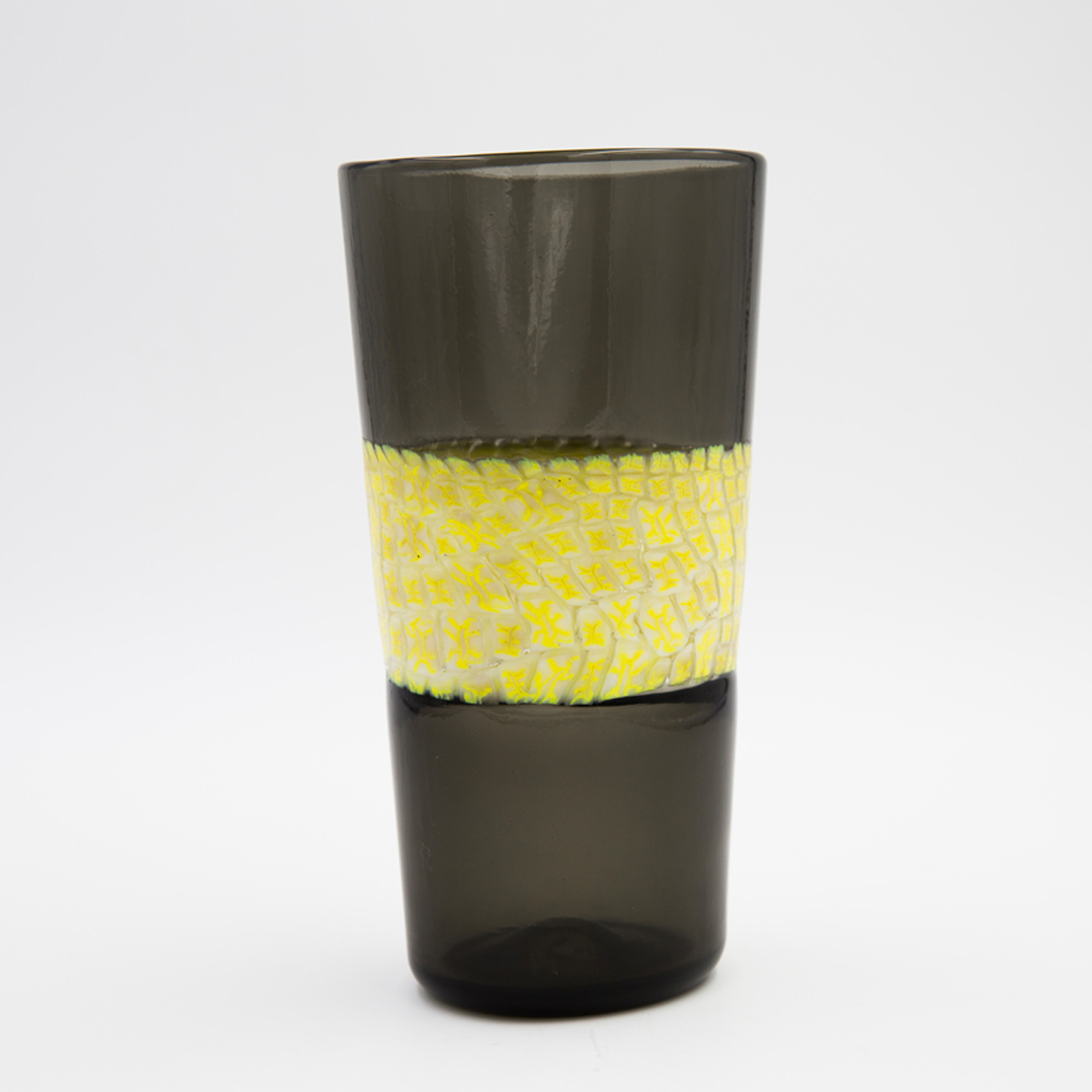 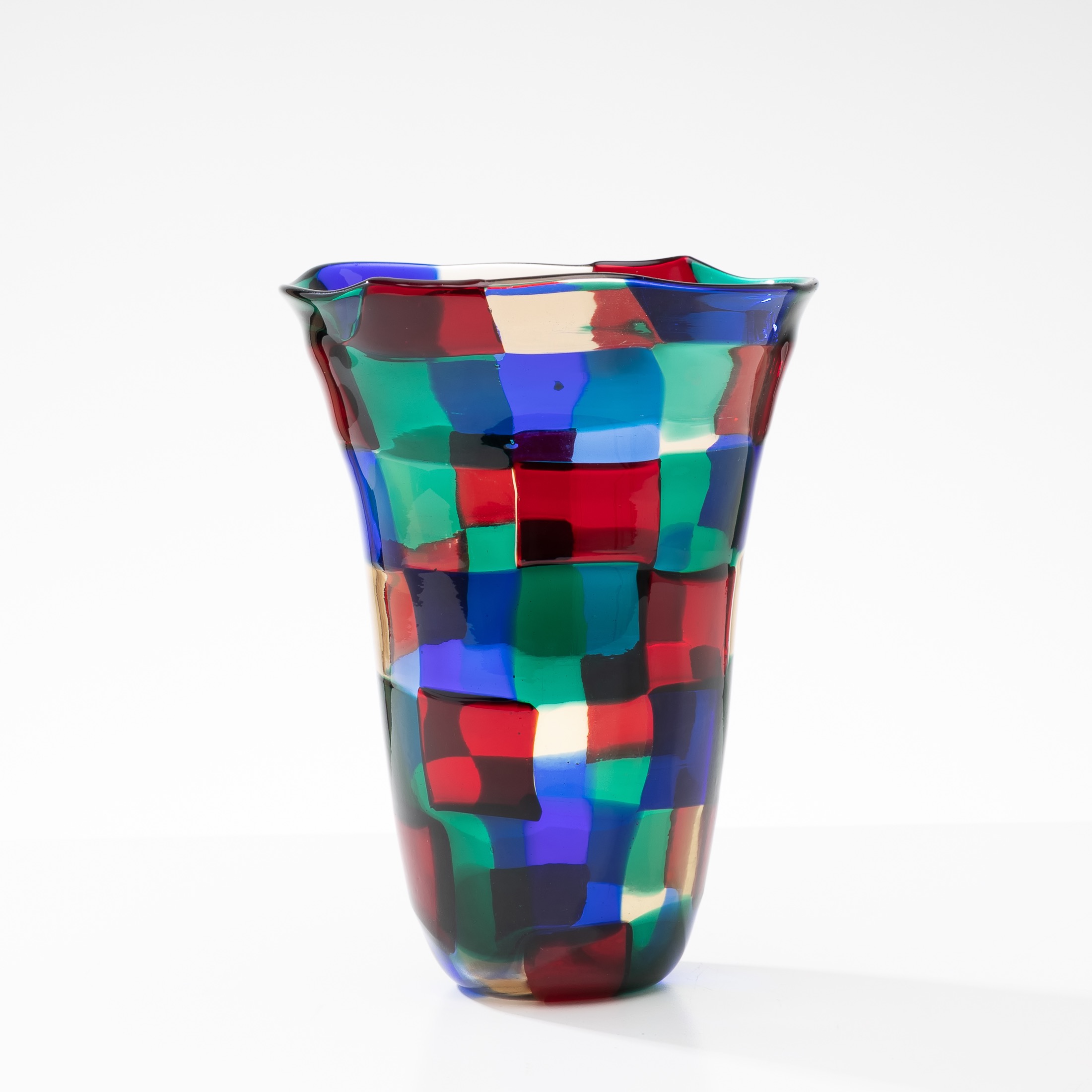 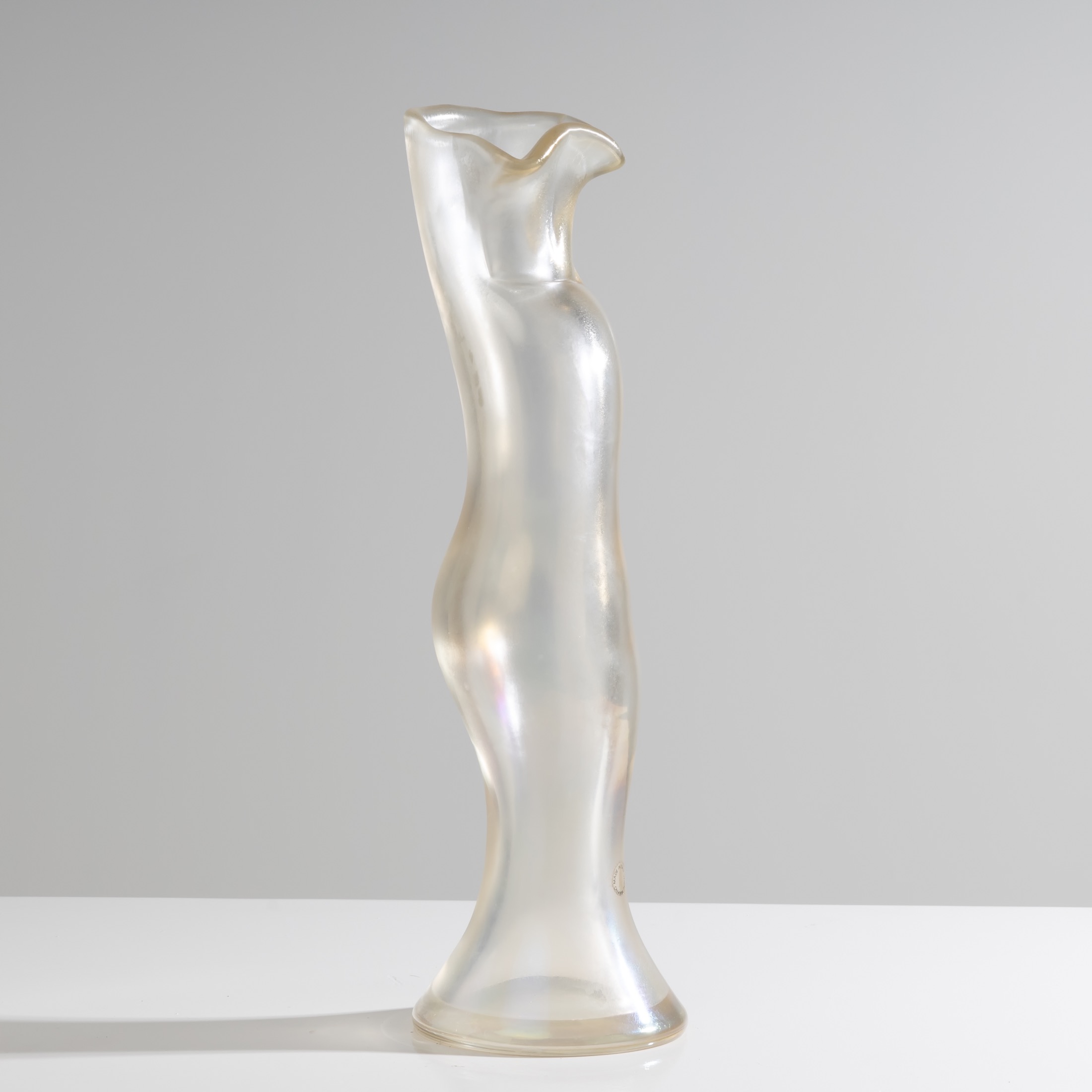 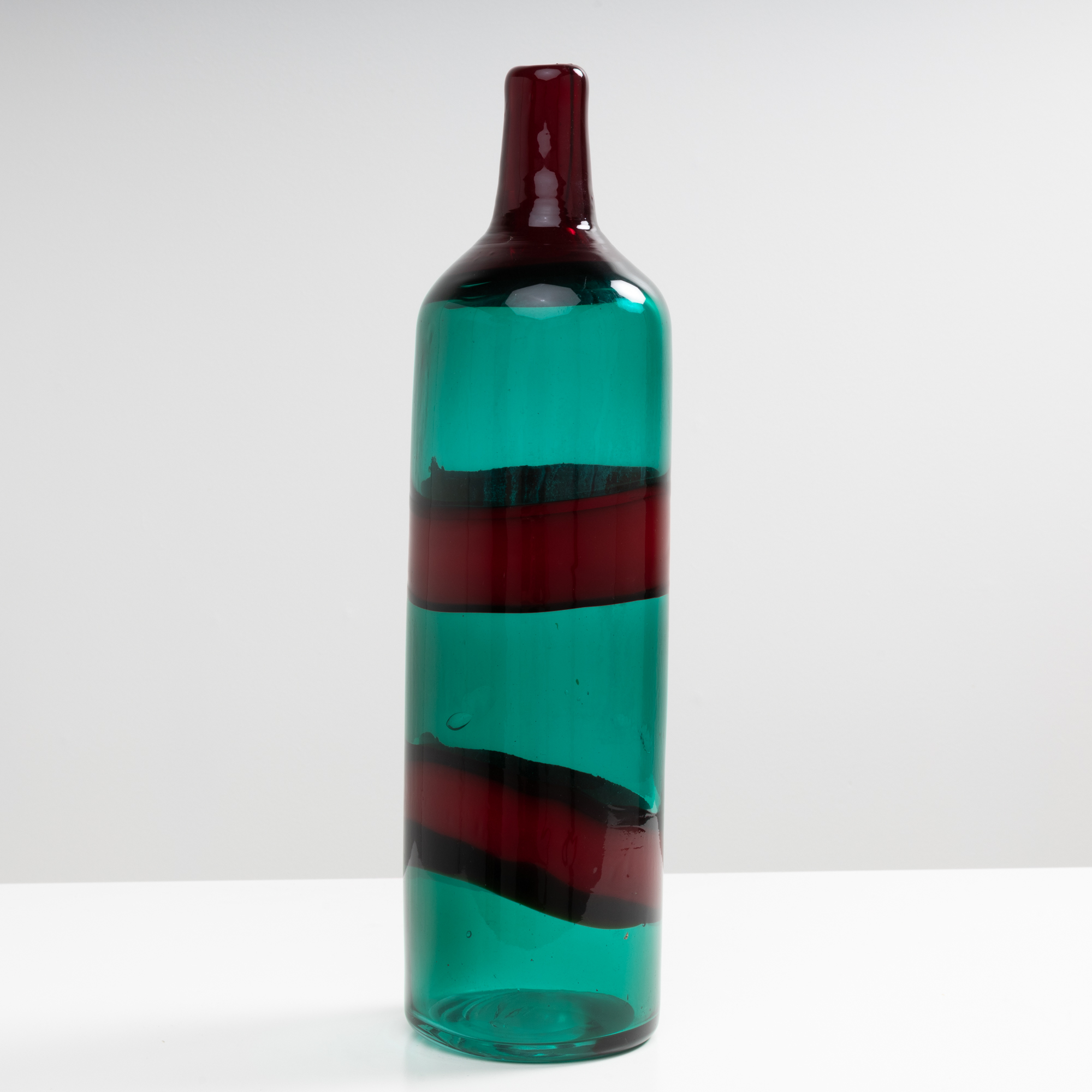 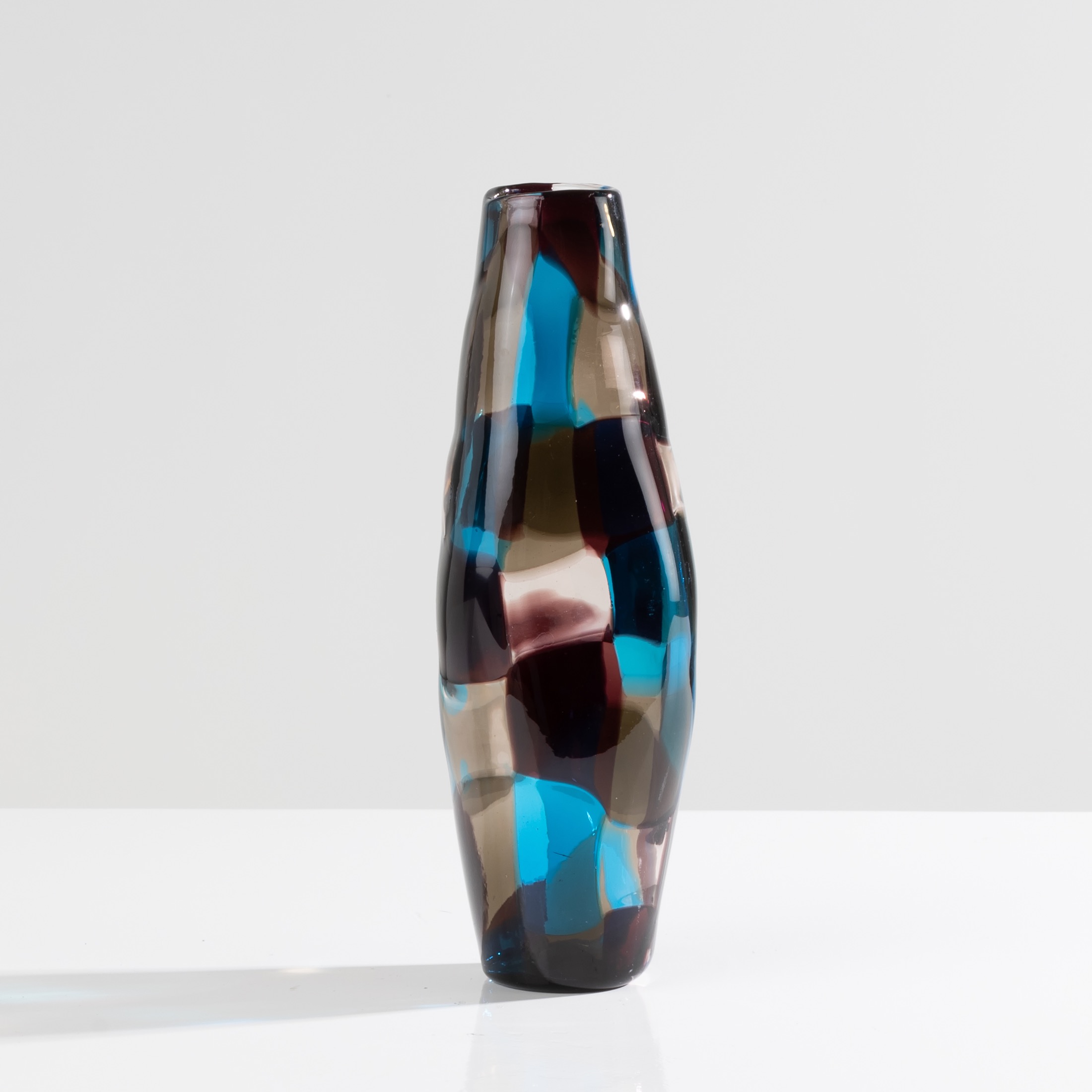 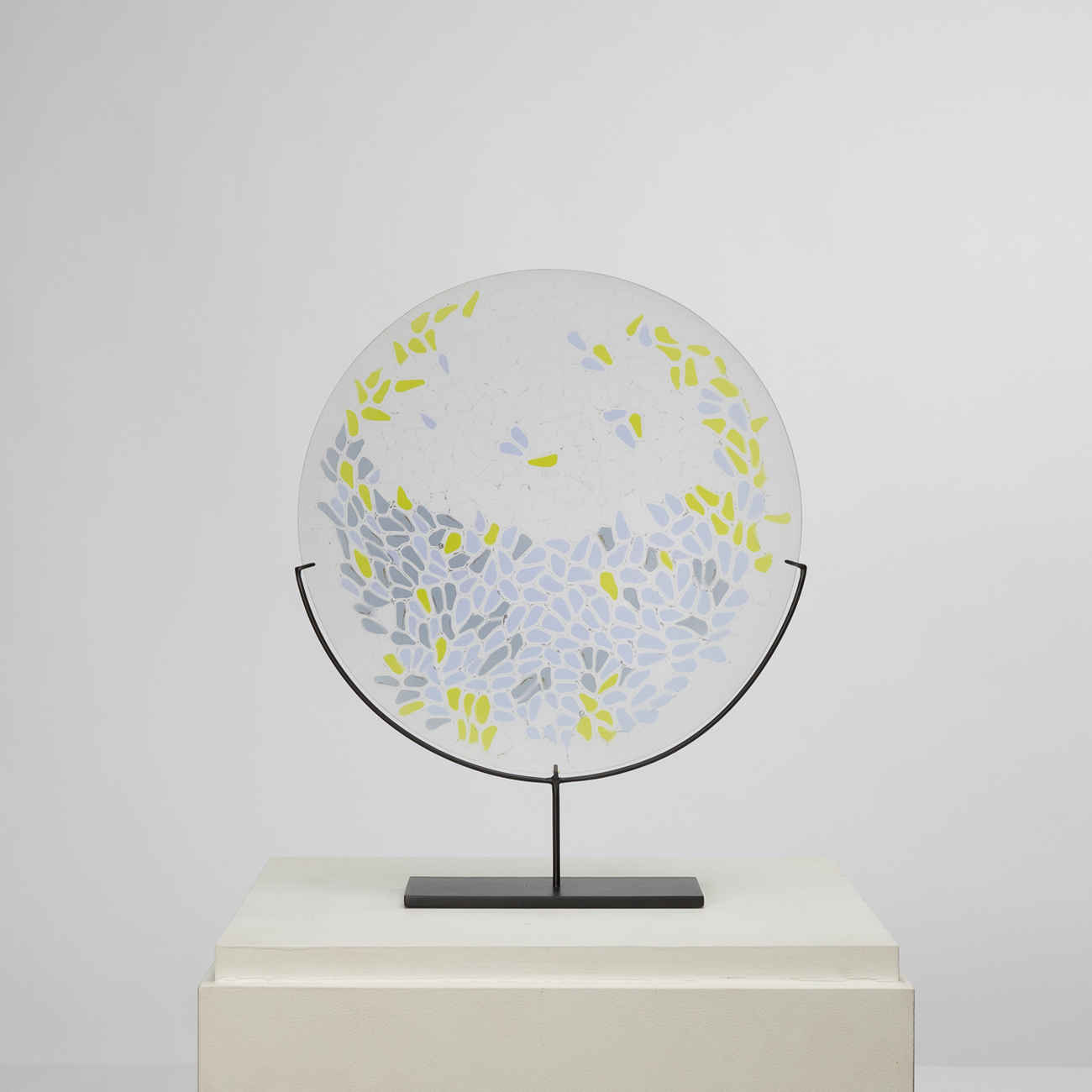 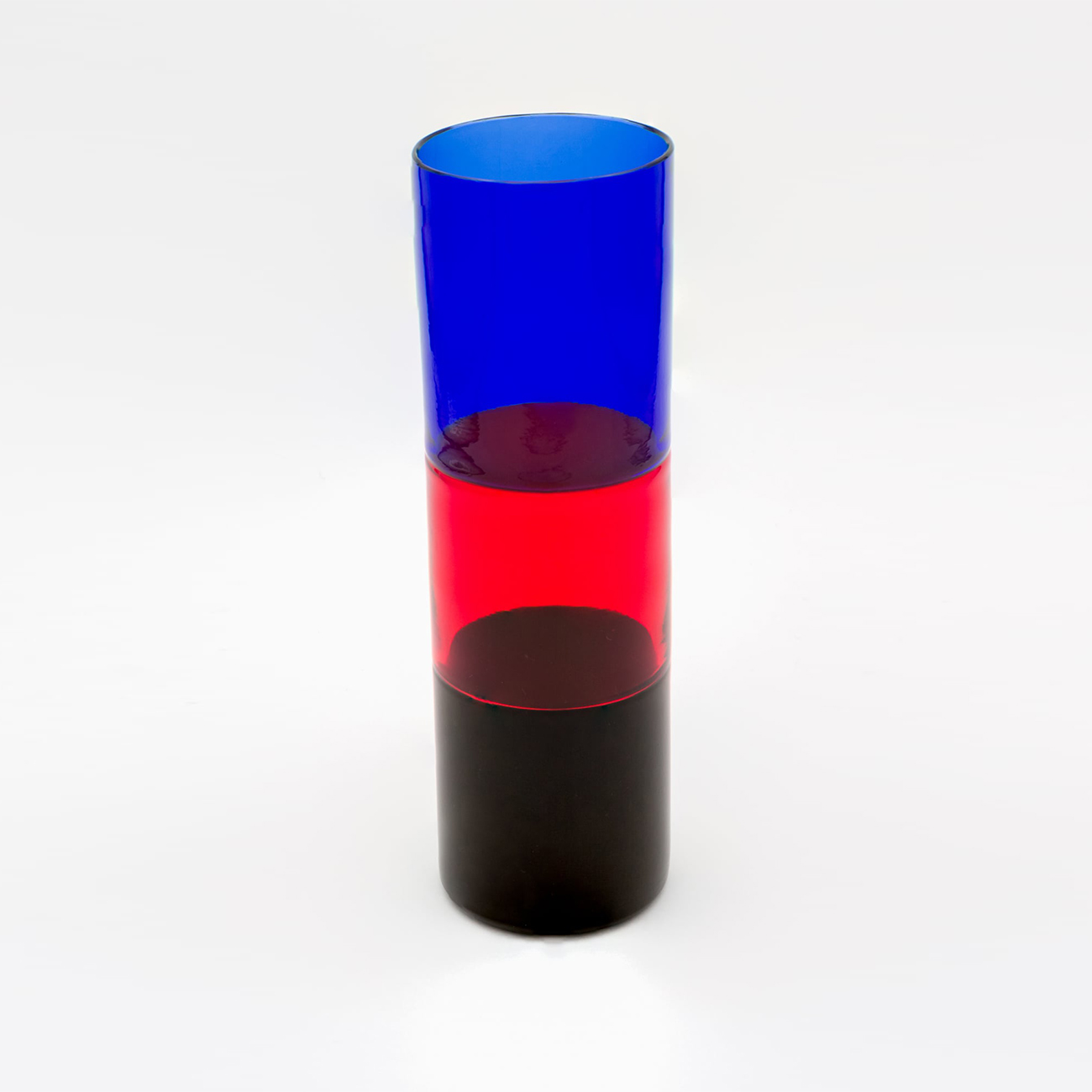 Paolo Venini founded his own glassworks in 1925, following the bankruptcy of Cappelin Venini and Co. Under Napoleone Martinuzzi’s artistic direction, the company continued to produce pieces designed by Vittorio Zecchin.

Quickly, the pieces moved from classical shapes and designs to a more original style developed by Martinuzzi who was a sculptor. In 1932, Napoleone Martinuzzi and Francesco Zecchin left the glassworks. The name then changed to Venini et co. Tommaso Buzzi was then hired to take charge of the factory’s artistic direction. He only stayed for a short period of time. The legacy left by Buzzi is of paramount importance for the change of the production. Buzzi brings innovative forms and never seen colors schemes

Carlo Scarpa joined the company in 1934. Scarpa took over the factory’s artistic direction till 1947. Together with Paolo Venini who also often took on the role of designer, they will breathed new life into the company and made the best use of the material potential, colors and finishes.

By combining ancestral techniques with a perfect knowledge of the trade, Carlo Scarpa will invented new series which met with significant success and were prized many times.
Remember the « mezza filigrana, the « sommersi » the « battuti », the « corrosi » but also the famous « a pennelatte » 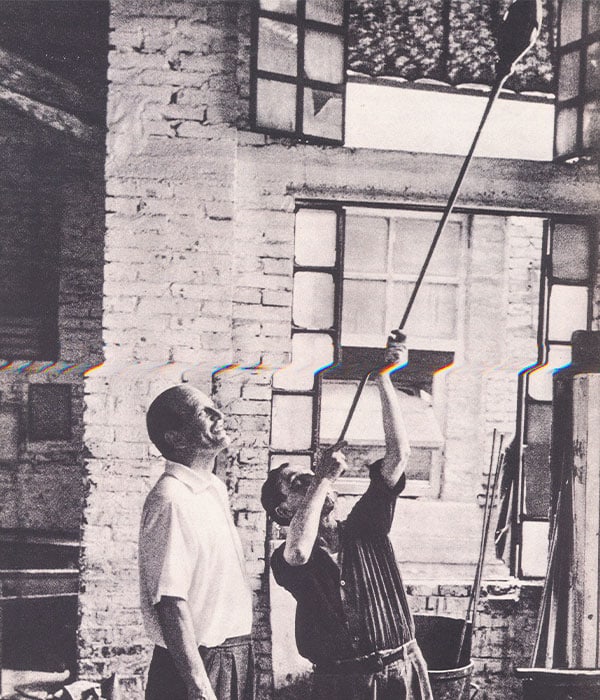 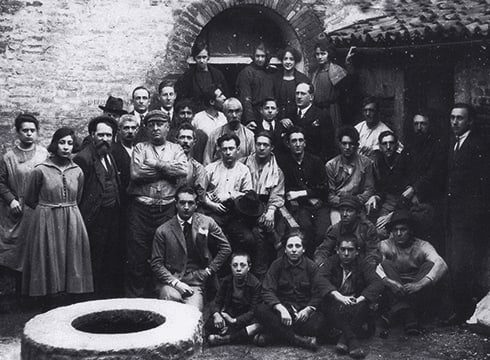 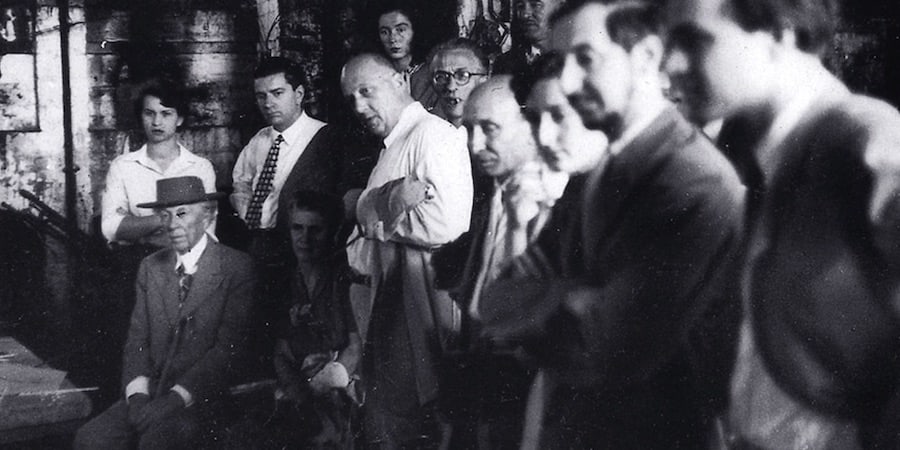 In 1986, the Venini family sold their stake in the company. New shareholders carried on and collaborated with designers such as Timo Sarpaneva, Marco Zanini, Ettore Sottsass and Alessandro Mendini, among others.

The company still exists today and is part of the Damiani group.