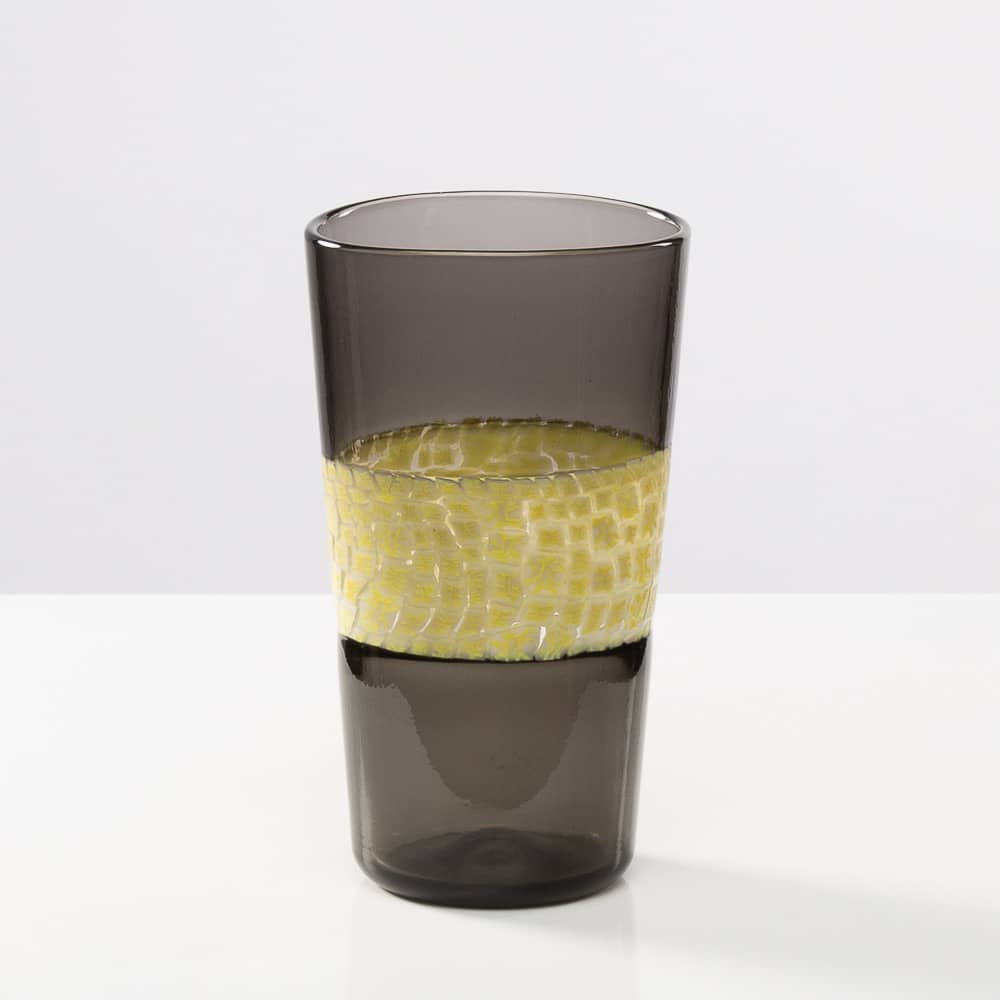 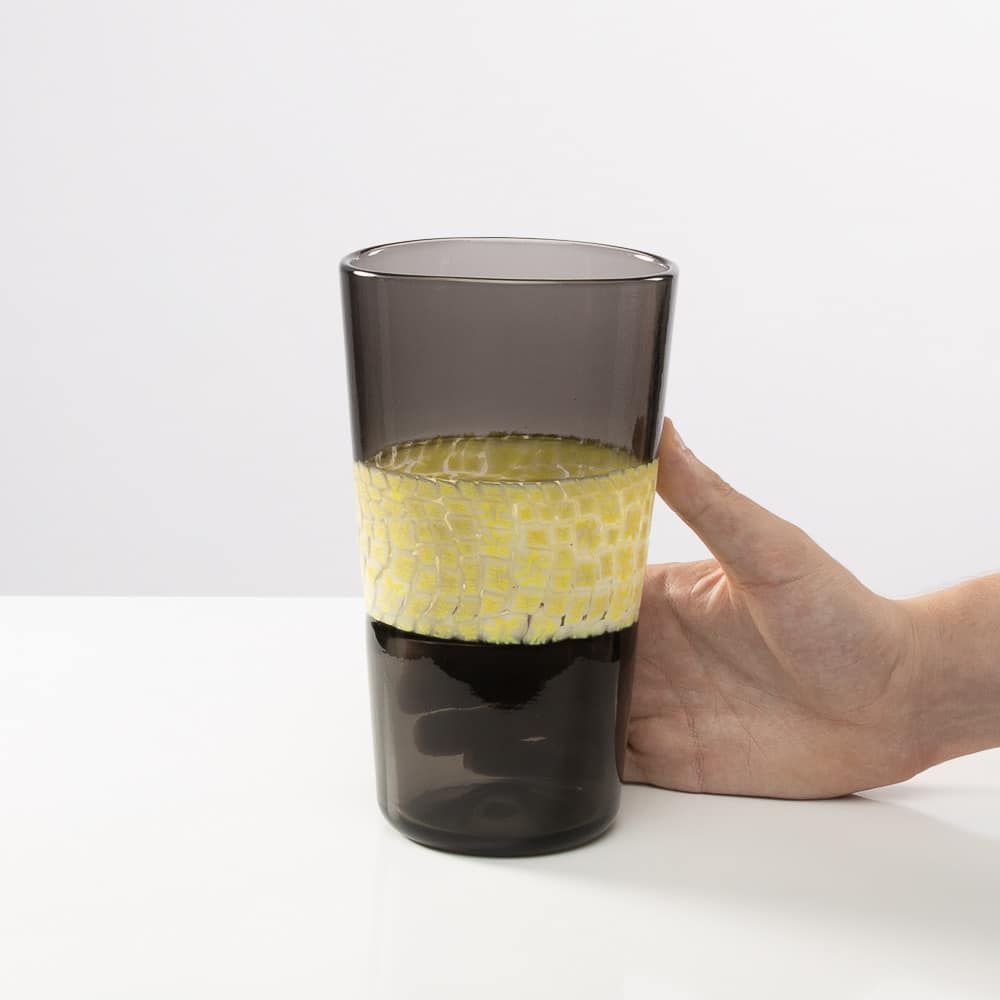 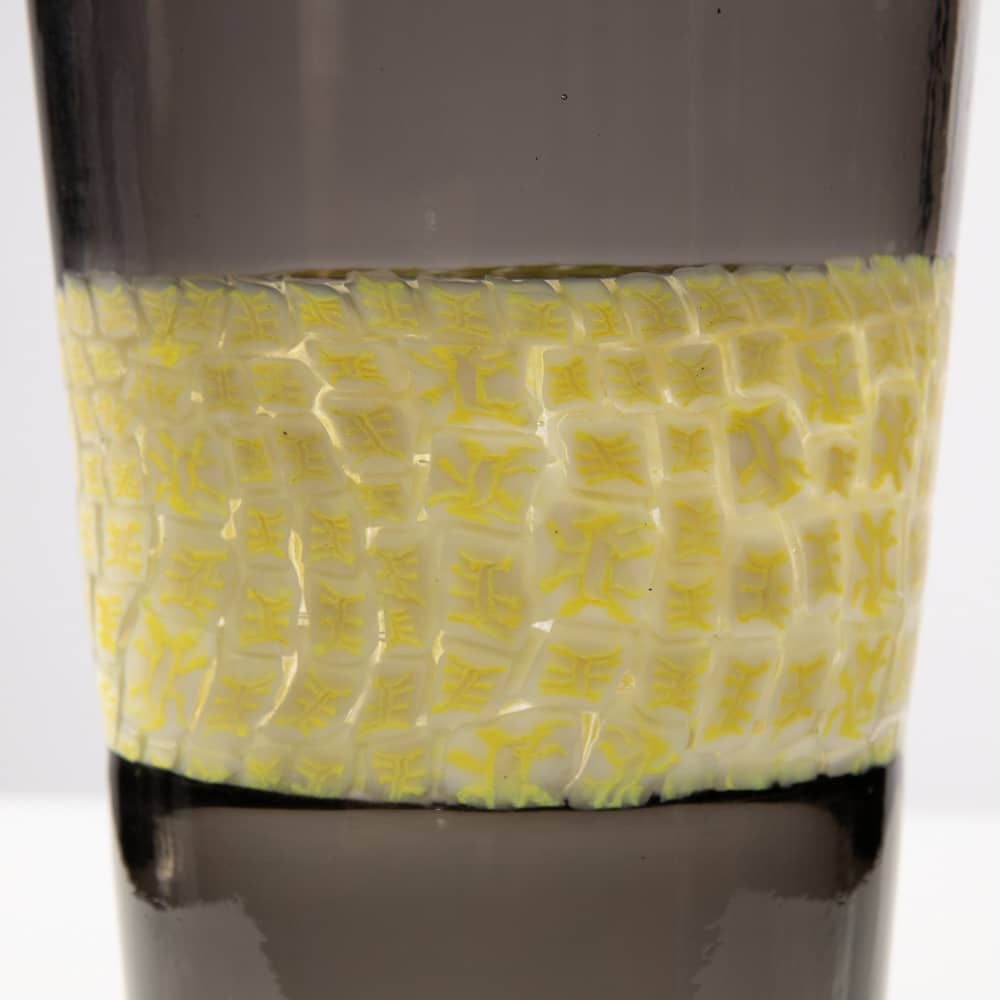 Rare double incalmo vase with a central murine.
Body of the vase is made of Murano blown mole grey glass.
A central white and yellow murine is fixed between the two glass bands. The murine has a “comb” motif. A design imagined by Licata himself.
The vases of this type are quite rare, the production was complicated because the central band in murrine reacted differently to heating and elements from the two other parts which constitute the vase. The base and the top.
The blowers who produced these parts had to have significant skills.
The vase is in very good to excellent condition and signed with the 3 lines acid stamp “VeniniMurano Italia”.
It has been produced probably between 1950 and 1960 and for sure before 1965.
Published in numerous books about Murano Glass.
it’s known as model 3608 in Venini Archives.
A similar vase has been exhibited in Venice for the 28th Biennale. 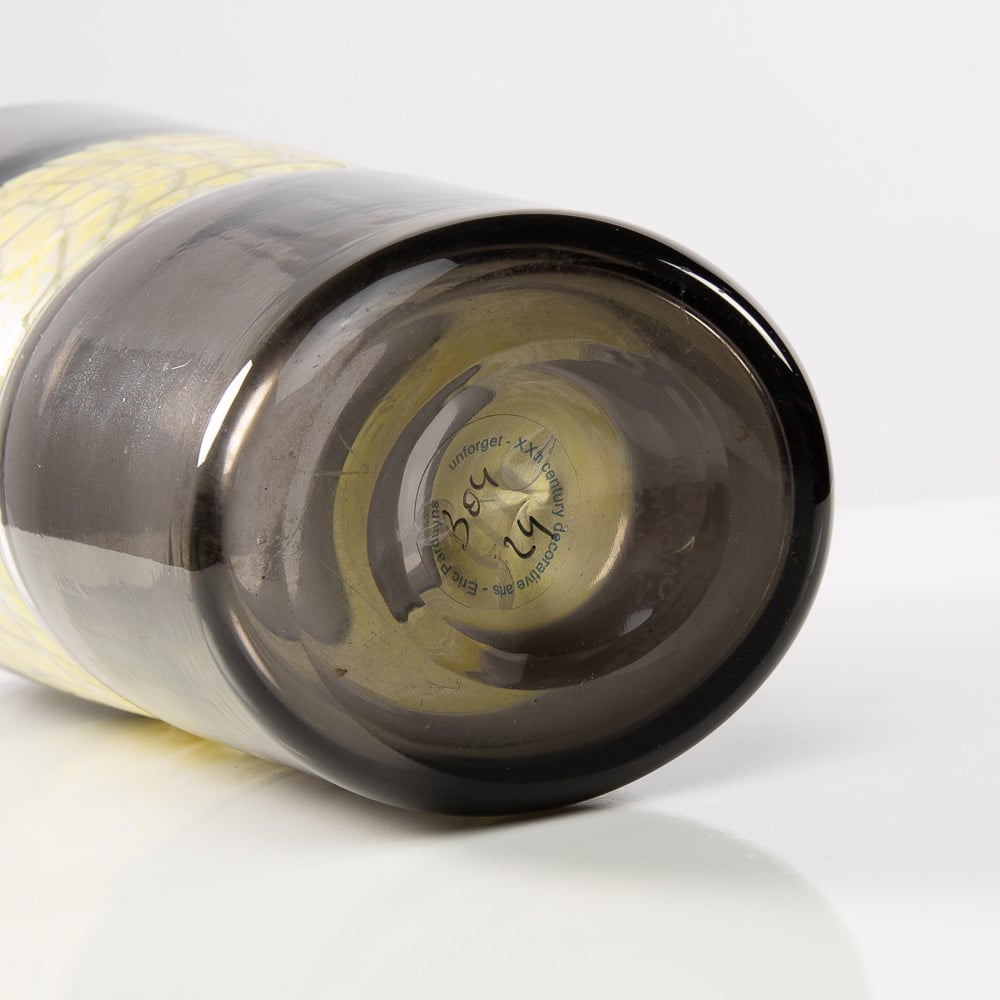 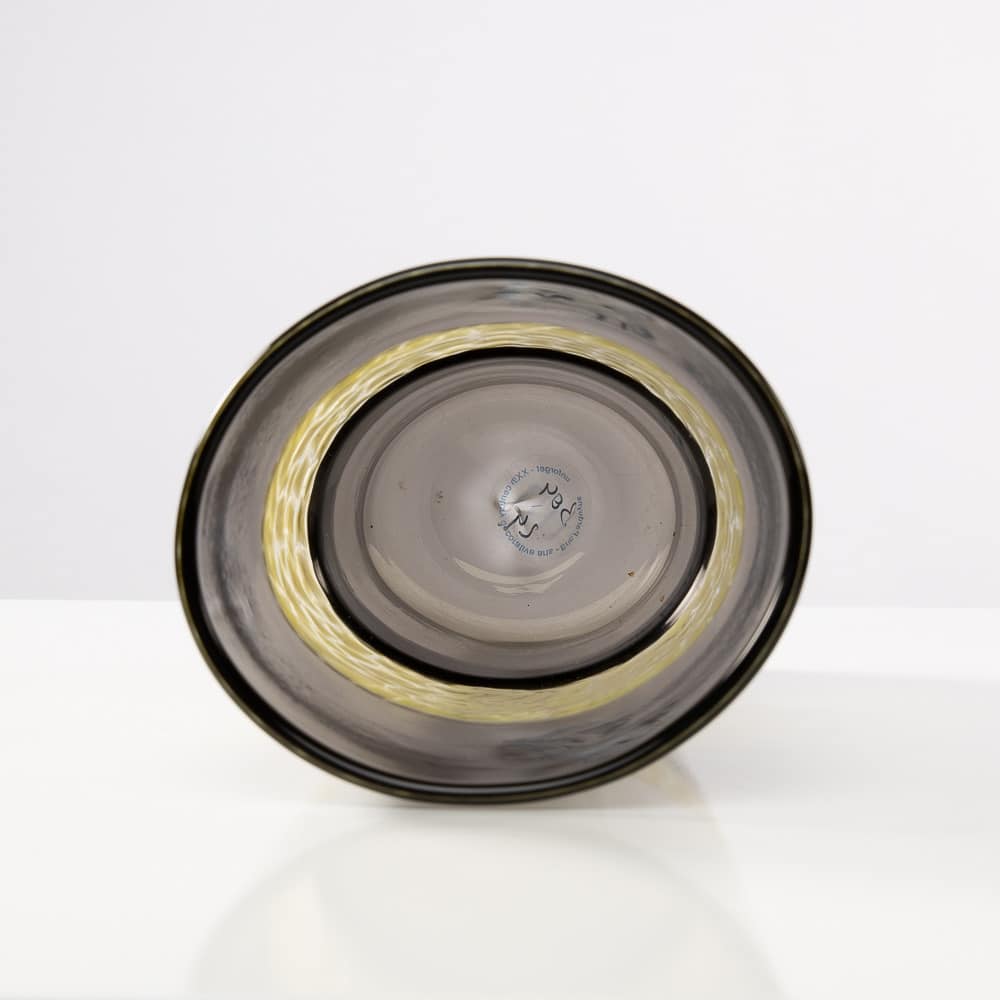 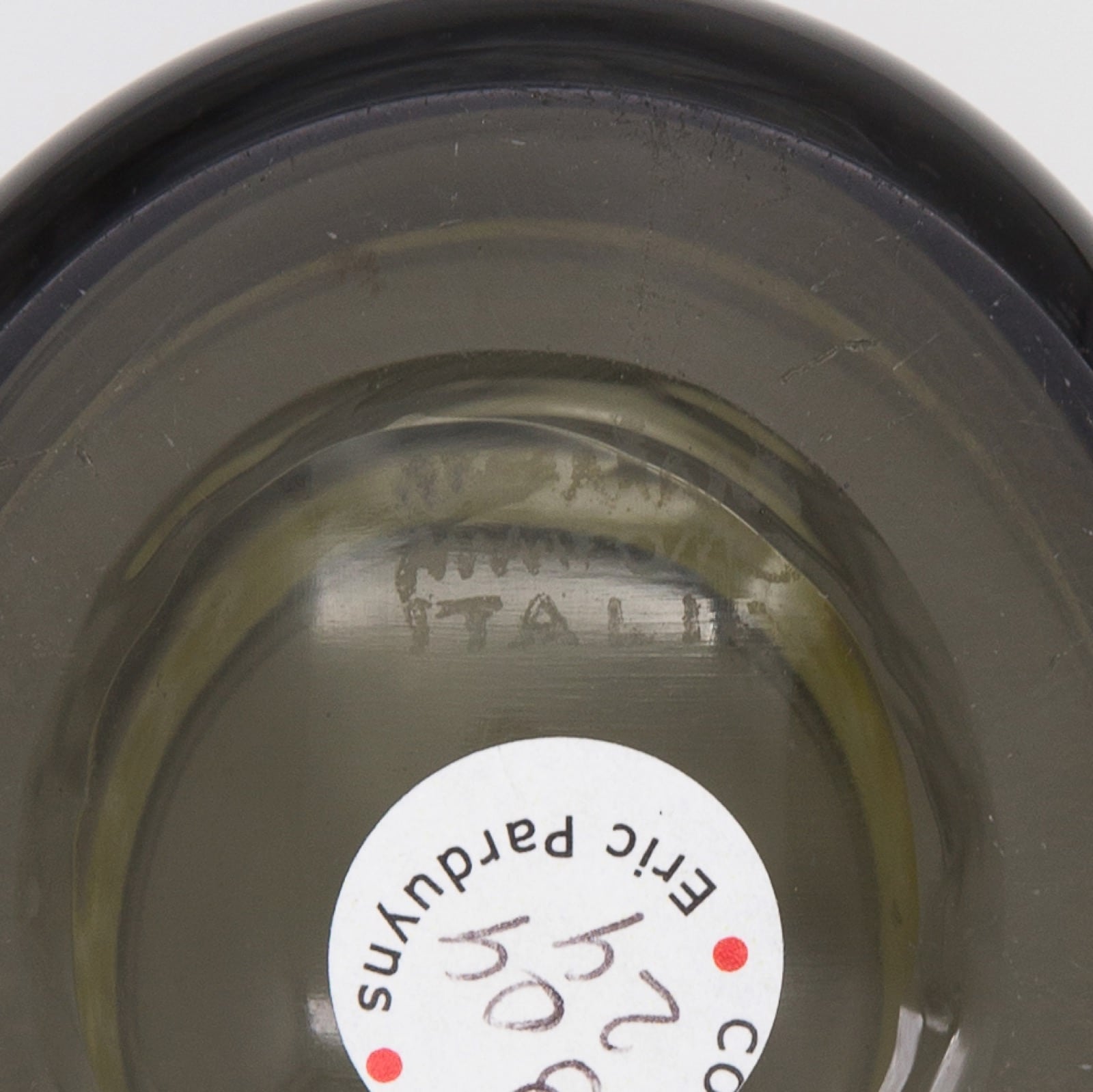 Riccardo Licata was born on 20th december 1929 in Turin, Italy.

He moved to venice in 1946, after graduating from the artistic High School, he began his studies at the “Accademia delle Belle Arti” in Venice.

With his friend Lucio Fontana, they were very active in the “spaceism” movement, founded in 1946.

His first personal exhibition took place in 1951 at the Galleria Bevilacqua La Masa. He also exhibited at the 28th Biennale Internazionale d’Arte in Venice in 1956, and he did many others exhibition.

By frequenting various glassworker (such as S.A.L.I.R or Gino Cenedese), he became more and more involved with mosaic and Murano Glass.

The collaboration with Venini in Murano began in 1953 for a very short period to stop in 1954.

Riccardo Licata will bring to Venini a new vision of murrine work based on signs and scripts.

These murrines will be used for the production of small pieces but also of larger ones using “ad incalmo” technique.

The majority of the pieces using a band of murrine between two bands of bright colored glass.

A major contribution that fits perfectly with the work of Paolo Venini, then general manager, but also artistic director of the manufacture.

Riccardo Licata developed a series of different designs for the murrines such as the”spugna”, “pettine” , “trifoglio”, “quadrato” and “ruota”.

Licata’s works for Venini will be exhibited in various European exhibitions.

Riccardo Licata worked as a independent glass designer and painter till his death in 2014 in Venice. 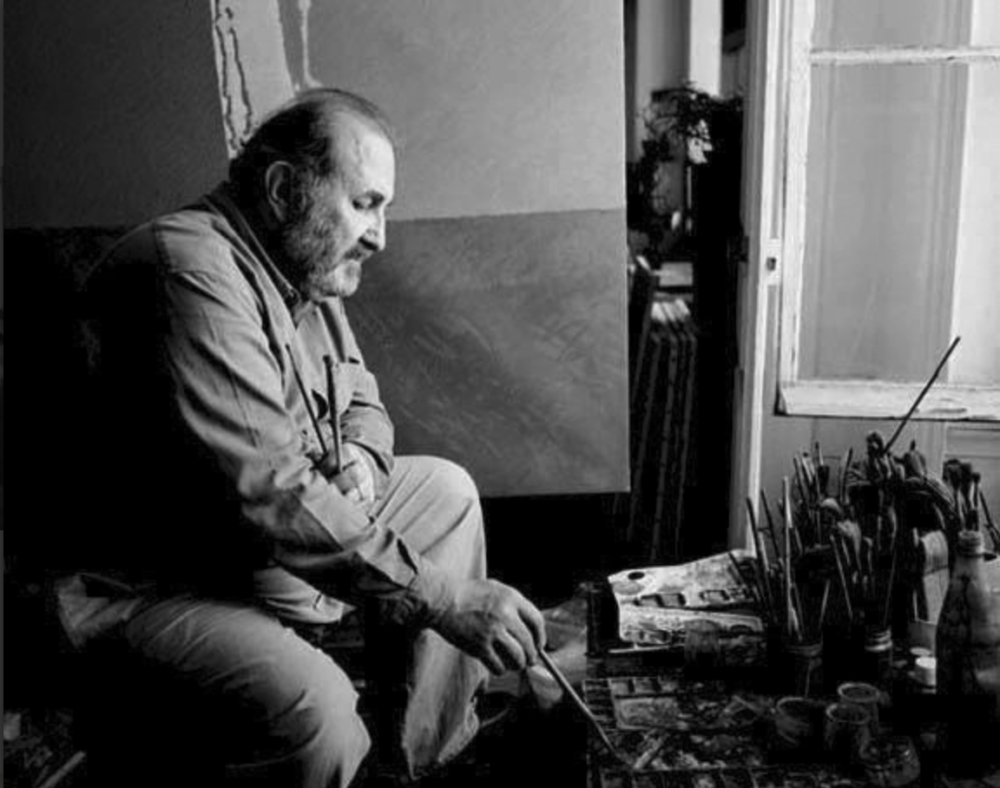 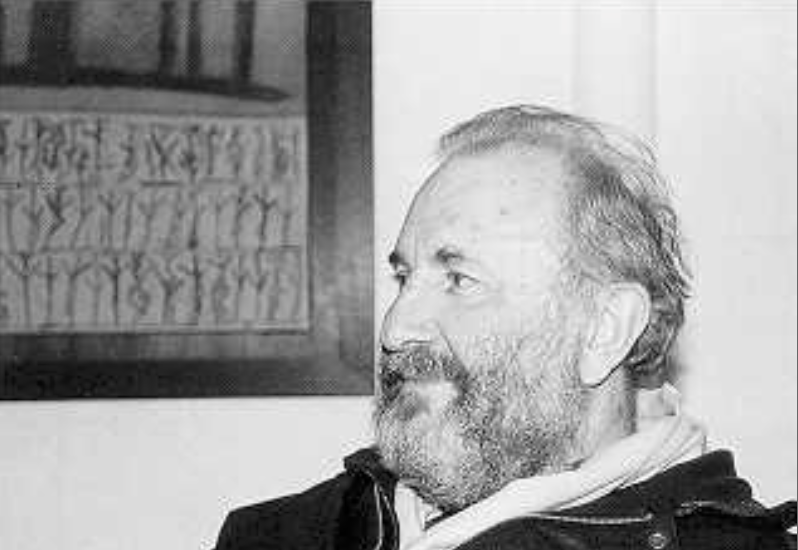 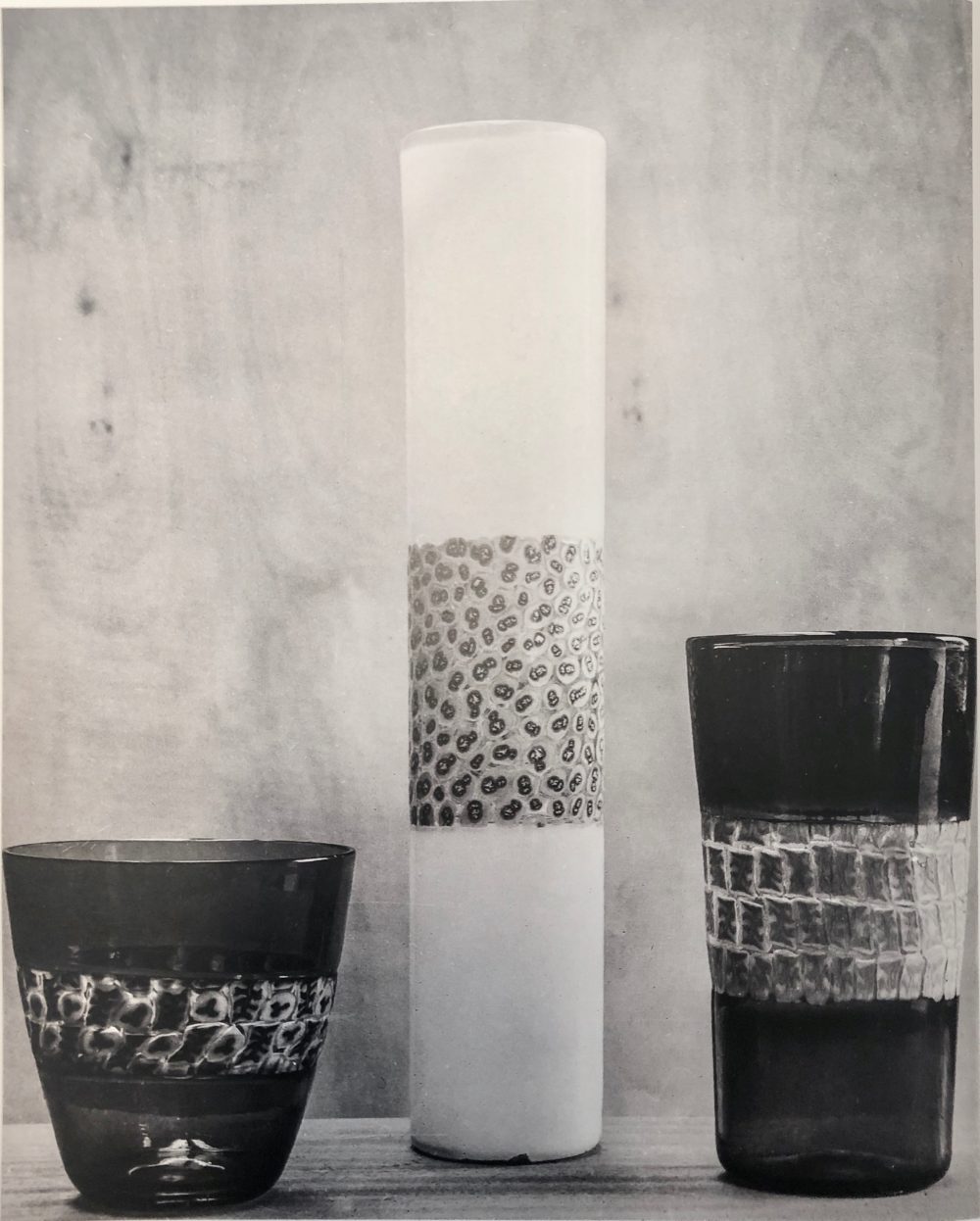 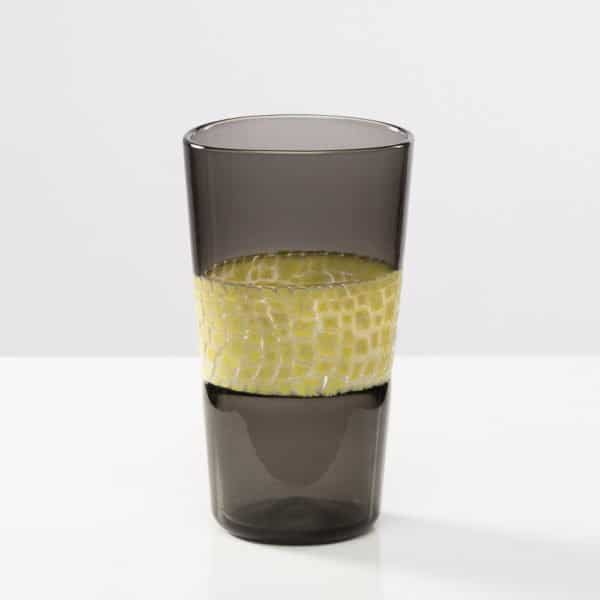